Electric Motor Rewinding
and Servicing Specialists!
Faster! Reliable!
Quality Service!
Nothing is
Impossible for Us!

Elektron is a family business founded on pride in workmanship, hard work, extensive knowledge of motors and driven by a determination to ensure client satisfaction, and still maintains that ideal and standard today. 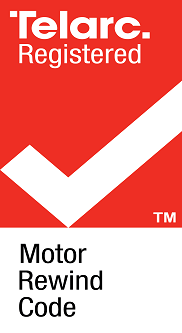 Elektron Ltd was founded in June 1972 by Peter Alevizos Snr, but that is not the beginning of the years of experience and expertise that stands behind this company. Mr Alevizos Snr originated in Greece where he trained and worked as an electric motor rewinder for many years before deciding to move to New Zealand 40 years ago. He brought his vast experience and knowledge with him and began working in Wellington as a rewinder. In those years he also trained his son, Peter Alevizos Jnr in the art of motor rewinding and together they began Elektron Ltd.

It first started out in small premises in Linden, but our reputation for quality and workmanship, knowledge of motors and their faults and the ability to work with the client's need and to a deadline, soon spread and we had to start looking for larger premises and more staff.

Elektron then moved to the Industrial Village in Broken Hill Rd, Porirua, but soon outgrew those premises and finally moved to the present location on the corner of Broken Hill Road and Kapuni Grove in Porirua.

Unfortunately not long after the last move, Peter Alevizos Snr passed away, leaving his son as the Managing Director with another experienced rewinder, Bruce O'Brien as his Manager, along with the experienced and specialised staff there now.

Elektron is a family business founded on pride in workmanship, hard work, extensive knowledge of motors and driven by a determination to ensure client satisfaction, and still maintains that ideal and standard today.

A little about the name

The word electron (negatively charged atomic particle) was derived from the ancient Greek word "elektron", which stands for amber, which we know as a fossilized resin from ancient pine trees. The ancient Greeks found that amber produced static electricity when rubbed. Romain warriors wore mail studded with amber for luck and in Nero's time it was considered more valuable than a slave. As Peter Snr originated from Greece and was familiar with the term elektron and its meaning, he decided to call a company which deals with electricity and magnetism, Elektron

We Replace all types of Mechanical Seals.

Of Compressors, Heat Pumps and much more.

Repair & Balancing to all types of rotors.

I would like to take this oppurtunity on behalf of the Company to thank you and your staff for your excellent work and service in rewinding our burnt out DC motor. The effort put in by yourselves reduced our production losses significantly.
Neil Ashton
W.R. Grace (NZ) Ltd.
The motor that you rewound for us last night was fitted back into the machine, and production was started at 8.10 this morning. Please pass on my thanks to your staff and yourself for the express service that was truly appreciated.
Dave Fawcett,
Primex Meats (NZ) Ltd.
Justy a short note to express our thanks for the job you did on the Arahura bow thruster motor.
We greatly appreciate the long hours put in by you and your staff in order to meet our deadline. It is comforting to know that this level of service is availible when these type of events occur.
Barry Jackson
Technical Asst, Interisland Line.
0+
Years Of Expereince
0+
Happy Clients
0+
Projects Done
0 +
Team Members